Although this group is full, names can be added to the Waiting List


This group will cover any aspects of the subject that the group decides it is interested in. There will be a mixture of practical experiences where possible in the Summer months, expert speakers, videos and visits to sites & museums of interest. If this appeals to you then please contact Group Liaison for further details.

Other topics have included:

Agrigenta, Valley of Temples, Sicily, presented by members David & Dot May
Emergence of Man presented by member Jenny Fisher
Archaeology on Cyprus- Bruce Holman
In the Footsteps of St. Paul- Rich Edwards
Guided walk of Silchester lead by County Archaeologist, David Hopkins
Opportunities to join the Meon Valley Heritage & Archaeology Group on their Summer excavation
The Imperial Villa of Cassalles, Sicily
Visit to London for U3A Romans day including a visit to the Mithraeum
Archaeology in the Meon Valley
The Excavations of Troy
Visit to the Troy exhibition at the British Museum

The World of Stonehenge Exhibition 2022

A group of 19 were all set to visit the exhibition at the British Museum in March. Unfortunately, due to Covid, only 9 actually made it! Grateful thanks to Don Bryan for taking over the leadership of the trip on my behalf.

Members and friends of the Archaeology Group visited Butser Ancient Farm following a talk by Jenny Fisher on Iron Age Farming. There are a variety of houses from prehistoric, Romano-British and Anglo Saxon in this open air museum. The aim of the archaeologists working at Butser is to use experimental archaeology to test out theories about the past using practical experiments. They explore how things archaeologists find may have been constructed, made or used in order to better understand life in the past, using tools and materials contemporary to the age of a particular construction. When a dwelling begins to reach the end of its life, the way in which it decays is also studied. In the partial reconstruction of the Romano British villa at Sparsholt, we were shown a length of very fine woven cloth made by one of the archaeologists. This had taken months to create using the contemporary technology.
Hilary Ryan, Waterlooville u3a Archaeology Group Coordinator 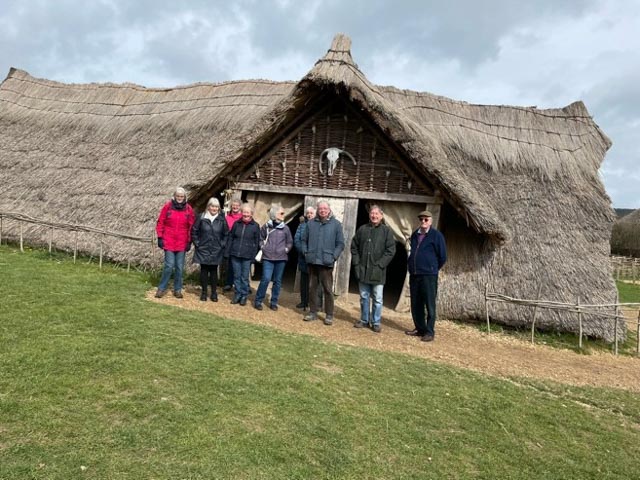 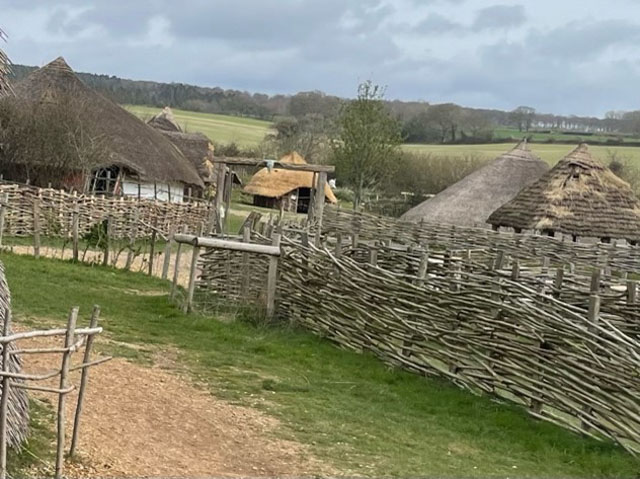 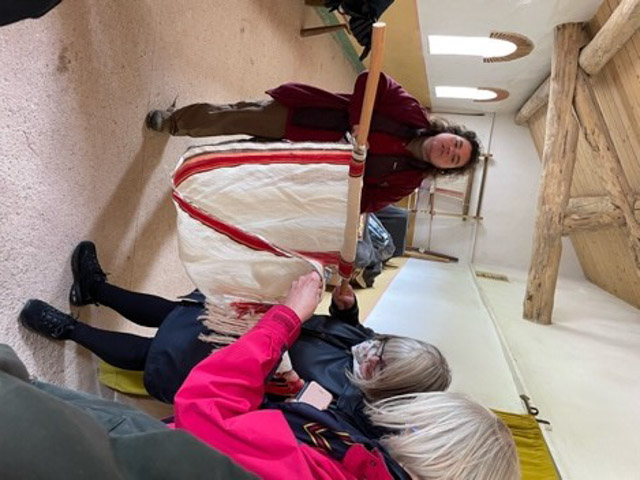 Five members of the Waterlooville Archaeology Group took part in a Roman London Study day at the Guildhall Art Gallery. We were based in the lower floor of the gallery which houses the remains of the 2nd century, stone-built amphitheatre. We made Roman oil lamps based on originals from all over the Roman Empire and spent time with an archaeologist who explained the history of Londinium. The day finished with a visit to the Temple of Mithras and the gallery of artefacts uncovered during excavations. 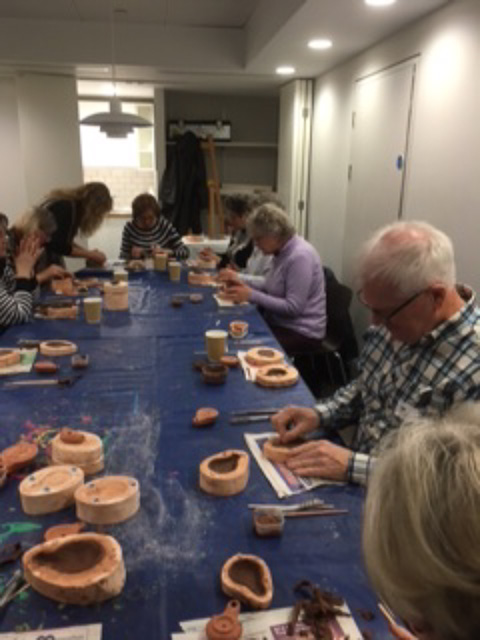 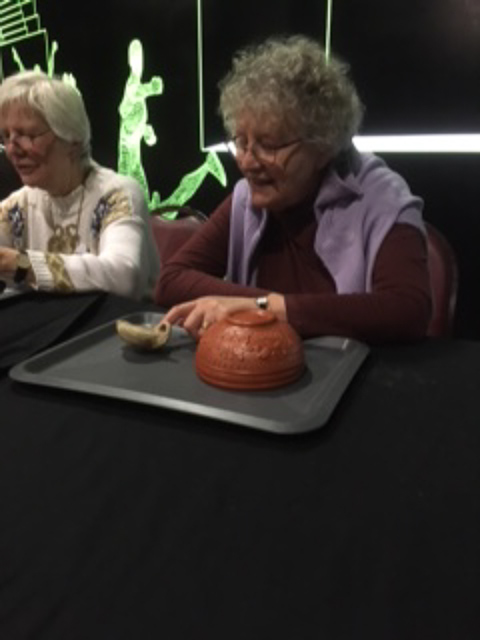 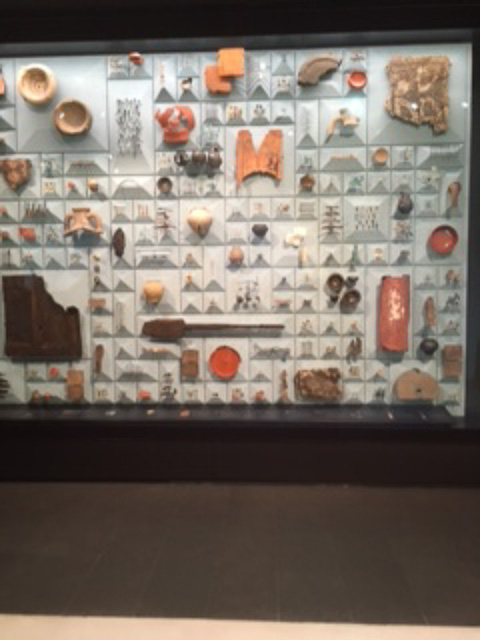 The Archaeology Group visited Silchester, the site of a large Roman settlement. County Archaeologist, David Hopkins , gave the members a guided tour of the site’s remaining features: the well-preserved walls and the amphitheatre. 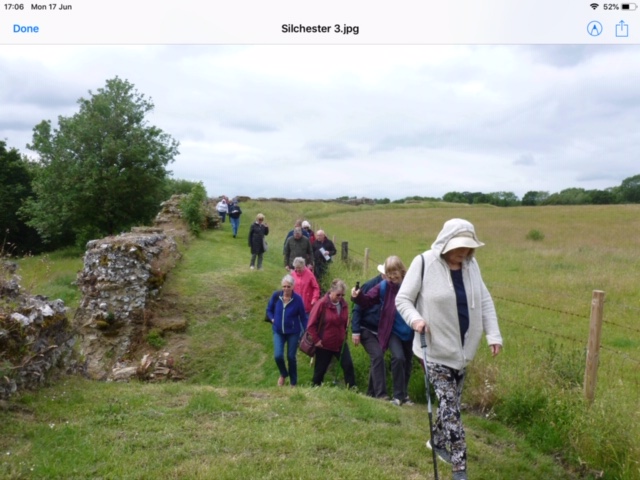 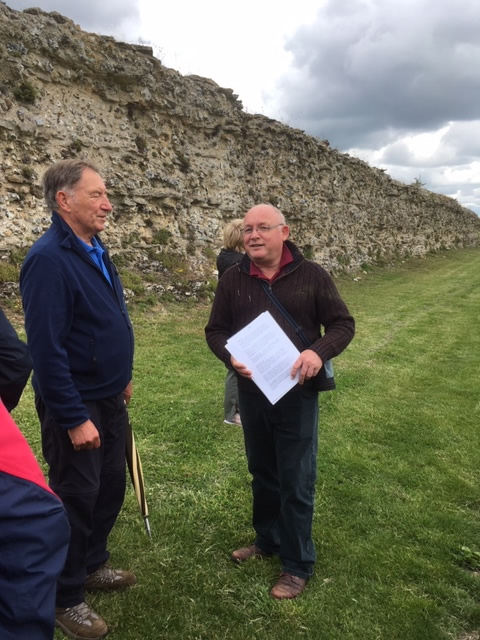 The Archaeology Group visited St Albans in October and had a guided tour of the Roman theatre and later toured the Verulamium Museum. The visit was arranged to follow up a presentation given by group member, Bruce Holman, on the theme of “Theatre in the Classical Age” 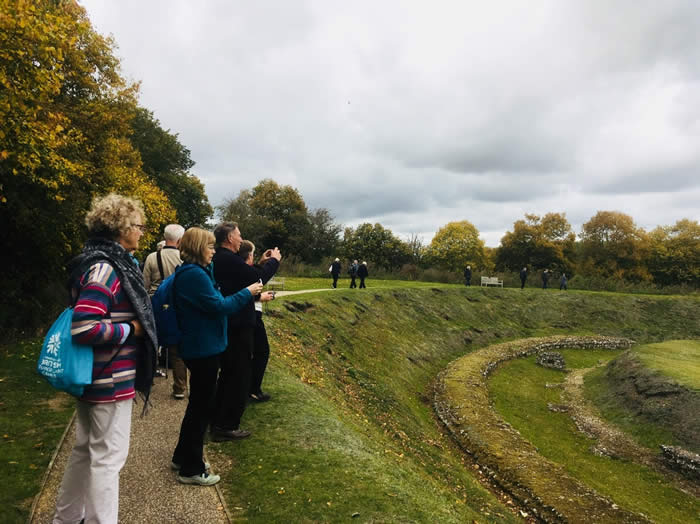 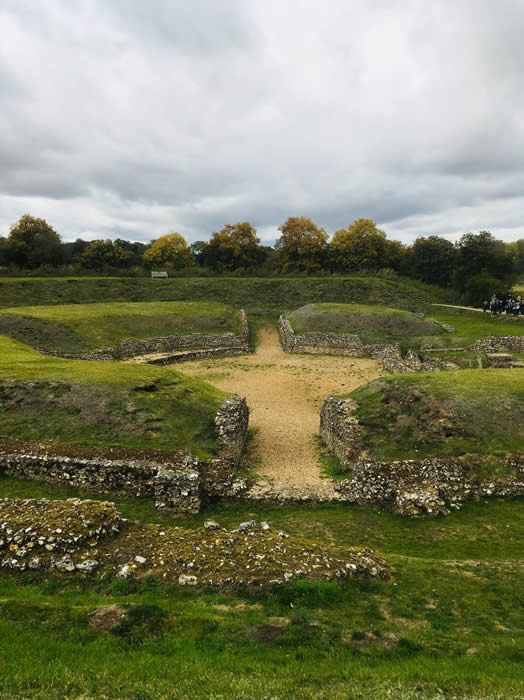