Although this group is full, names can be added to the Waiting List

Have you ever wondered how the amazing scenery of our country came about?

Can you identify rocks?

What is Plate Tectonics?

Our geology group has fun learning about these topics and many more in a friendly, relaxed atmosphere. 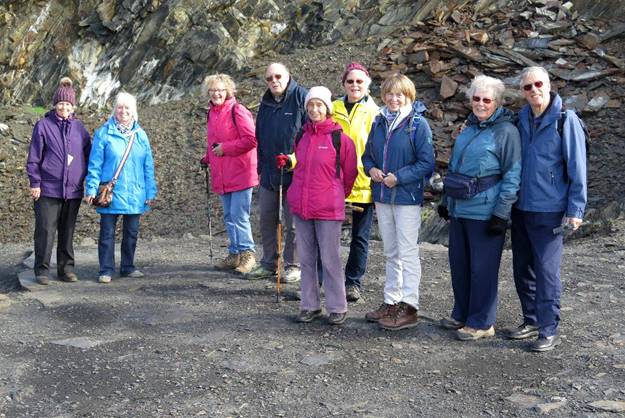 Led by Howard Davies, 12 of the U3A Geology Group and relatives enjoyed a week in South Wales. It was a packed time including studying cliff faults at Aust near the Severn Bridge, a pilgrimage to Laugharn for Thomas Dylan fans and a tour of the geology of the Gower. We spent the second half of the week in Pembrokeshire where superb coastal scenery and extremely ancient rocks kept us enthralled. Being on his home ground meant Howard could take us to see the enormous variety of rocks there, explain the overall structures and point out good fossil sites. The old industries of the past also proved fascinating from iron sites exploited by Early Man to the ingenuity and hard labour used to extract and transport slate from 1850. We also found time to see several Welsh castles, a fortified priory and St David’s Cathedral. Our busy days were interspersed with lunches and evening dinners in delightful hostelries where the whole group enjoyed each others’ company. Our thanks and appreciation goes to Howard for all his hard work in making this trip really memorable. 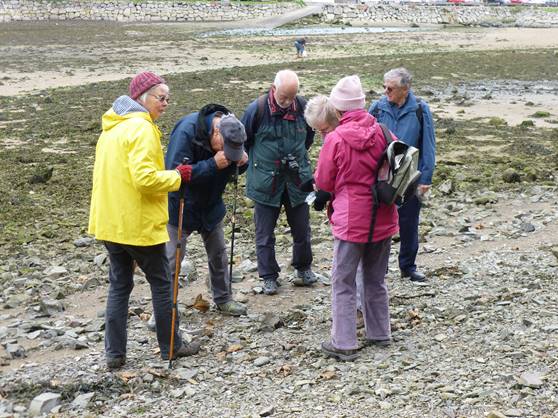 In late October our U3A Geology Group set off on a field trip to the Dorset coast. The weather forecast was grim, and our hearts sank as we arrived at Burton Bradstock in a howling gale and driving rain.

We were warned to stay away from the cliffs as massive slippage was taking place. So we dutifully stood well back to inspect the golden sandstones and gloomy grey clays making up the cliffs.

We also kept a respectful distance from the thunderous surf as we scoured the pebble beach for rock specimens. I was wearing so much protective clothing I could barely bend to pick anything up! Flints, chunks of sandstone, and what was this? A grey pebble made up of bits of the dog’s dinner?

We split it open with a hammer to get a look at a fresh, unweathered surface. “Aha! inferior oolitic limestone!” (one of the characteristic rocks of this area). Into a specimen bag it went, duly labelled.

The rain abated as we drove to West Bay to admire a towering cliff of fiery red sandstone. Lunch was sandwiches on the harbour wall. Then on to the Eype’s Mouth Hotel (recommended) to dump our gear and receive a detailed briefing.

We were to examine the rocks (and fossils) of south Dorset, laid down in Jurassic times when dinosaurs roamed the Earth. Warm, shallow seas covered this area 200 million years ago. Marine life flourished. The dead creatures drifted to the seabed, where many were preserved as fossils. Sediments on the sea floor slowly hardened into the rocks we had come to see.

In Lyme at low tide, we marvelled at hundreds of huge ammonites, 40cm+ across, in rocky “pavements” beneath our feet. (Oh! for a large mechanical hammer!)

Our last morning was spent rooting around the Isle of Purbeck. Chesil Beach stretched westwards below us like a streamer unfurling in the sun. King Barrow Quarries yielded samples of half a dozen different limestones, from the fine freestone used to build St Paul’s Cathedral to limestone full of chert nodules – good only for building breakwaters. Finally we lunched al fresco at Portland Bill, admiring a sunlit cascade of raised beaches left high and dry as the land rose.

It was a most enjoyable and memorable trip, and warmest thanks are due to Howard Davies, who put in many hours planning and organising it. 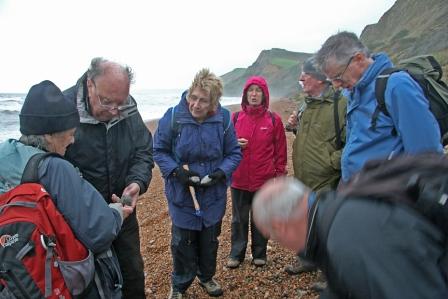 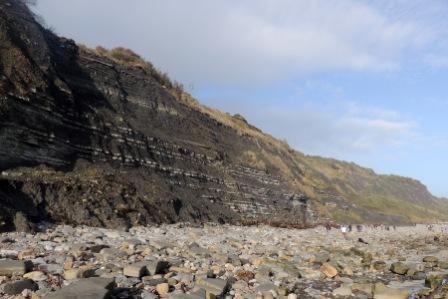 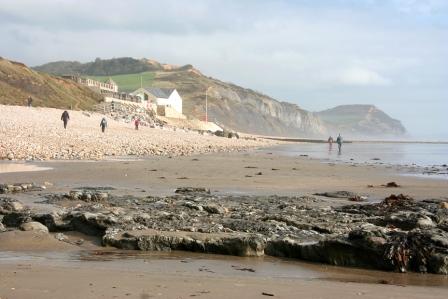 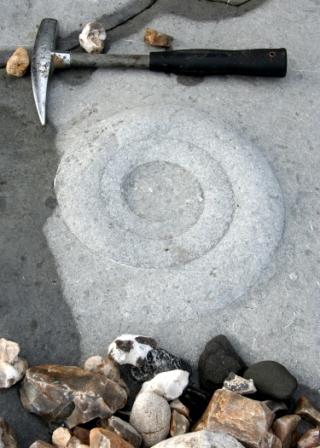 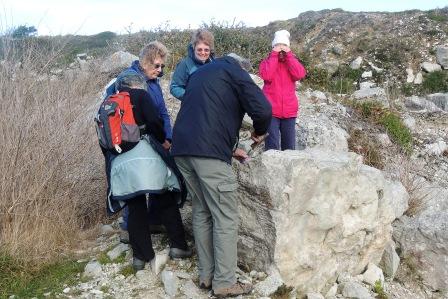 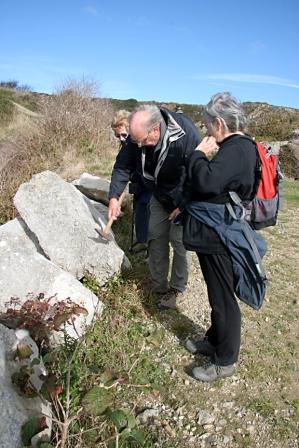 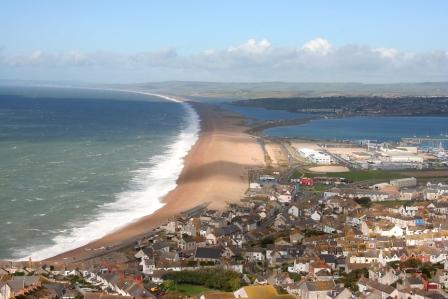